An Evening of Bear Watching in Tușnad

As a volunteer for Care2Travel, one also has the unique opportunity to become an ethical tourist, in that the tours and excursions we are able to partake in through Care2Travel benefit the community and the local people within it. After previously discussing our excursion options with Boti, the Care2Travel tourism coordinator, a group of us decided on an afternoon of bear watching at Medveles bear observatory. Due to the set feeding times of the bears, this trip had to take place in the evening, so at 5:30 pm, Boti arrived at our accommodation and we drove off towards Tușnad!

The ride from Csikzereda to Tușnad lasted a mere 30 minutes, and before we knew it, we had arrived at our destination and were meeting Jani, who would be our guide for the remainder of the evening. The volunteers mounted into Jani’s more durable car and were driven up the mountain. We went “off-roading” about 200 meters through the forested mountain. For the last 100 meters, we exited the car, being instructed to be absolutely silent, as we were close enough to the bears where even a seemingly reasonable amount of noise could either scare them off or attract them towards us. Walking single-file through the woods, we were led by our guide, who assured us that in any situation, we are not meant to panic and that he knew what to do. Even the slight risk was an adrenaline boost that only heightened our excitement! 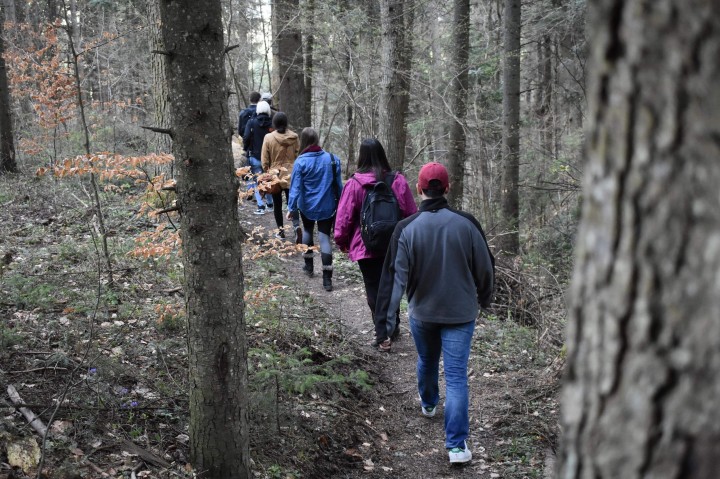 Soon enough, we arrived at a small observatory situated at the edge of the forest, overlooking a beautiful valley. In that valley was a bear! We quietly entered the shelter, which had protective glass windows so we could get a full view of the valley. Jani explained to us that he knew this specific bear from the time he was just a young cub and that the bear was not afraid of him. Jani had extensive knowledge about the bears and shared that information with us while we took pictures. 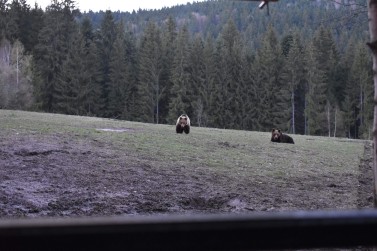 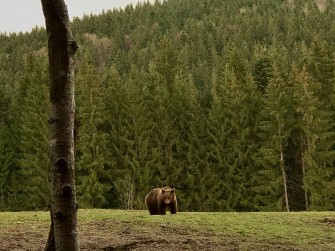 We were told that there is no ensuring that we would see a bear; it is pretty tough to control nature. If that were the case though, it was explained to us that our money would be refunded, which was a nice insurance. We spent about two hours in the shelter though, and during that time, we were lucky enough to see a total of four bears! The first bear came and went, the second one arrived near after and ate a bit, and then two bears, apparently a couple, stopped by. Aside from putting out food, the process is completely natural and untouched, and the bears come and go as they please, or not at all. It was an incredibly peaceful evening, where us volunteers got to be spectators to nature in its truest form. 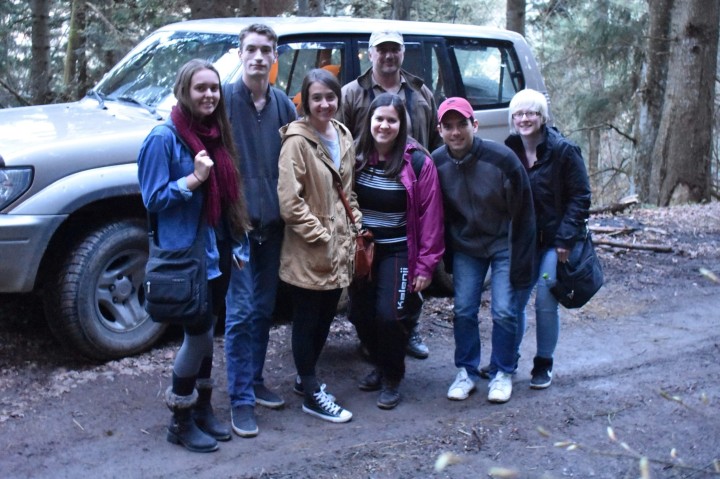